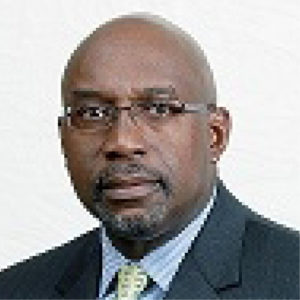 Colvin W. Grannum was born and raised in Bedford–Stuyvesant, Brooklyn, NY. Since 2001, under Mr. Grannum’s leadership as President and Chief Executive Officer, Restoration has been instrumental in the formation of the Bedford Stuyvesant Gateway Business Improvement District and the Coalition for the Improvement of Bedford-Stuyvesant and the partnership between Restoration and The Concord Federal Credit Union (launched by the Concord Baptist Church of Christ); the collaboration was part of the African American Credit Union Initiative, supported by Citi Community Development. In 2019, Mr. Grannum led the selection of famed architect Sir David Adjaye as the master planner for the Bed Stuy’s Restoration Plaza Reimagined project, which seeks to redevelop the Plaza as part of a five-year plan to “redefine Restoration’s role for the 21st century.” Prior to joining Restoration, Mr. Grannum served as the Founding President and Chief Executive Officer of Bridge Street Development Corporation, a faith-based not-for-profit community development corporation affiliated with Bridge Street African Methodist Episcopal Church in Brooklyn, NY, one of the oldest African American institutions in NYC. Before embarking on his career in community development, Mr. Grannum practiced law for over 17 years primarily as an Appellate and Litigation Attorney for the United States Department of Justice, Verizon, and the New York City Corporation Counsel. He is Chair of Bedford Stuyvesant Early Childhood Development Center, Inc. and is a member of the boards of directors of the Metropolitan Museum of Art, Carver Federal Savings Bank, NYC Workforce Investment Board, Center for NYC Neighborhoods, Local Initiatives Support Corporation, Association of Housing and Neighborhood Developers, the Brooklyn Chamber of Commerce, and the Brunswick School in Greenwich, CT, and has served on advisory boards at JPMorgan Chase, Fannie Mae, HSBC Bank, and the Federal Reserve Bank of New York. In May 2020 he was appointed as a member of Mayor Bill de Blasio’s Non-Profit and Social Services Sector Advisory Council. Mr. Grannum earned an undergraduate degree from the University of Pennsylvania and a law degree from Georgetown University Law Center. Mr. Grannum is licensed to practice law in New York State and the District of Columbia.

Dyrnest K. Sinckler, who grew up in the Bedford-Stuyvesant neighborhood of Brooklyn, oversees the day-to-day operations of the organization and the implementation of capital programs. He directs and coordinates activities of the corporation and aids the CEO in formulating and implementing policy. Prior to joining Restoration in 2002, Mr. Sinckler served in the public sector for over 20 years, most recently as the Deputy Commissioner of Management and Budget in the New York City Department of Investigation. Mr. Sinckler received his BS from St. John’s University and an Executive MBA from Zicklin School of Business, Baruch College, City University of New York.

Fran Carlson, Restoration’s Executive Vice President of Finance and Business Services, Chief Financial Officer, and Chief Administrative Officer, has over 20 years of progressive business consulting, fiscal management and executive management experience in both the non-profit and for-profit sectors. A seasoned accounting and finance executive, she combines her financial strengths with broad business experience in community development, economic development, commercial real estate and housing development, and asset management. Prior to joining Restoration in 2008, she served as a Fiscal and Executive Management Consultant to non-profit organizations. She has also worked as Deputy Executive Director and Chief Financial Officer at Neighborhood Housing Services of New York City. In that capacity she was responsible for creating substantial growth in the organization’s operating budget, operating reserves, housing development and homeownership operations.

Gordon Bell has led Restoration’s weatherization and energy efficiency businesses, sustainability initiatives, and economic development activities since 2011, including the Gateway Business Improvement District, and ad hoc efforts such as increasing the accuracy of the 2020 US Census. In 2019 he helped to close the acquisition of over 2,600 units of housing, the largest deal in Restoration’s history. He has established and helped lead the New York Real Estate Chamber and the Black Business Collaborative, trade organizations comprising the most successful Minority- and Woman- Owned Business Enterprise (M/WBE) real estate firms on the East Coast. Additionally, Mr. Bell advises wealthy families towards social impact. Mr. Bell is a Chartered Financial Analyst who for over 30 years has managed both bond and equity investments on Wall Street, working at such firms as JPMorgan, Prudential, Citigroup, and Legacy Growth Partners. With significant expertise in real estate and other industries and a desire to promote social welfare, Mr. Bell became a C-level leader at several non-profits including North General Hospital, MSK Ralph Lauren Center | Memorial Sloan Kettering Cancer Center, Literacy Partners, and others. As an Officer and Director of the New Rochelle Industrial Development Agency, he helped vet and approve a multi-billion dollar development plan that is currently underway.  Mr. Bell also serves as Board Director of the Joint Ownership Entity of NYC and NYC’s Economic Development Corporation New Market Tax Credit Advisory Board and a Board Member of the Council on Foreign Relations and Delivering Good, a nonprofit organization that supports people affected by poverty and tragedy through new merchandise donations from retailers and manufacturers.  Mr. Bell attended the University of Mexico as a Rotary International Fellow and earned his AB from Harvard College and MBA from Harvard Business School. He and his wife, Professor Sherrie Bell, have been married for over twenty years and have three children.

Tracey Capers oversees program planning, external affairs and development operations, in health and financial stability operating out of our Economic Solutions Center and Center for Healthy Neighborhoods, since 2005. Ms. Capers leads Restoration’s expansion of the Farm to Early Care and Education program, which brings farm-fresh produce to preschoolers in the neighborhood. Under her watch, over 1,500 local children have access to healthy foods at a critical time in their development. Under Ms. Capers’ leadership, Restoration launched our COVID- 19 Community Support Fund in May 2020 for emergency cash and other forms of assistance, and is arranging for food to be delivered to residents of affordable housing sites, including New York City Housing Authority (NYCHA) developments, and the distribution of 100,000 face masks. Prior to joining Restoration, she served as a consultant, leading efforts to renew funding relationships, increase board involvement and create strategic partnerships. Her past clients included the Bowery Residents’ Committee, the Development Training Institute, The New York Community Trust, and the Annie E. Casey Foundation. Ms. Capers has held a number of leadership posts at non-profits and government: she served as Vice President of Development at the Local Initiatives Support Corporation and Chief of Staff for the NYC Department of Small Business Services. Ms. Capers is a leading force behind the NYC Better Bike Share Partnership — a collaboration with Citi Bike, the Department of Transportation, the Department of Health, and other community organizations — to improve bike share equity. A resident of Brooklyn, Ms. Capers serves on the boards of Coalition for the Improvement of Bedford-Stuyvesant, the Noel Pointer Foundation, Brooklyn Cooperative Federal Credit Union, Digital Interactive Visual Arts Sciences for Social Justice, and Transportation Alternatives. Ms. Capers received her Bachelor of Arts in Economics from Yale University and an Executive Master of Public Administration at the University of Pennsylvania’s Fels Institute of Government.

Renée Jenkins joined Restoration as Executive Vice President, Chief Advancement Officer in July 2021, providing strategic guidance for all Restoration’s fundraising, including managing the development, communications and marketing department, and providing strategic direction and focus to Restoration’s CEO and Board. She also brings or develops new unrestricted funding opportunities to grow contributed revenue primarily through major gifts, foundation and corporate support and events. Ms. Jenkins, with two decades of experience in the nonprofit sector, recently served as Vice President of Partnership and Advancement at the National Urban League, a nonpartisan historic civil rights organization based in New York City that advocates on behalf of economic and social justice for African Americans and against racial discrimination in the United States, where she cultivated national, multi-year partnerships, designed and executed benchmark strategies for corporate social responsibility investments, and collaborated with cross-functional business leaders on enterprise-wide strategies that included corporate communications, programming, and integrated marketing. She previously served as Regional Development Director, Workplace Giving and Foundations at UNCF (United Negro College Fund) and as National Corporate Leadership Account Manager at United Way of America, which advances the common good in communities across the world; their focus is on education, income and health. Ms. Jenkins received a Bachelor of Arts in political science from Morgan State University and participated in the highly competitive American Express Leadership Academy, a leadership development program for emerging leaders in the nonprofit sector.