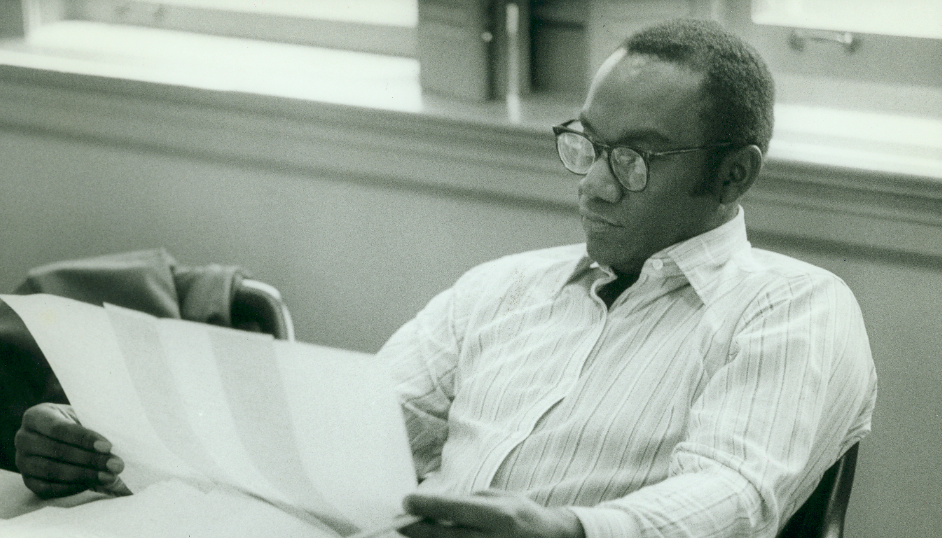 A Tribute to Franklin A. Thomas from Bedford Stuyvesant Restoration Corporation

On Wednesday, December 22, 2021, Franklin A. Thomas died at the age of 87 years old. Frank served as the first president and chief executive officer of Bedford Stuyvesant Restoration Corporation (Restoration).

As the president and CEO of Restoration from 1967 until 1977, Frank worked to undo the devastating disinvestment and economic isolation that plagued urban African American communities during the 1960s and 1970s. During his tenure, Restoration developed hundreds of affordable rental and homeownership units, renovated the exteriors of close to 4,000 buildings, established 123 businesses, and helped to create 3,300 new jobs. More importantly, the economic and community development strategies he pioneered would eventually form the model for the successful revitalization of urban communities across the nation.

Frank was Bed-Stuy’s statesman to the world. Born and raised in Bedford-Stuyvesant, Frank rose to the lofty levels of national and global leadership. In doing so, he stayed true to the values taught by his Barbadian family and the Bed-Stuy community: optimism, persistence, resilience, and the pursuit of wisdom. Until his passing Frank stayed connected to and uplifted the organizations and people of Central Brooklyn—organizations like Restoration and Weeksville Heritage Center and people like Albert Vann, Benjamin Glascoe, Marjorie Thomas Innis and scores of others.

Frank’s judgment and counsel were widely sought and his professional accomplishments have been extensively chronicled. Few have rivaled the scope and depth of his contributions. In addition to serving on the boards of directors of numerous Fortune 500 corporations, he launched Restoration, helped to anchor the Society for the Preservation of Weeksville and Bedford- Stuyvesant History, turned around the Ford Foundation, conceived the Local Initiatives Support Corporation, participated in fueling the demise of South African apartheid, and aided the families of the victims of 911 by serving as chairman of the September 11th Fund.

Frank was a role model and mentor to countless business and nonprofit executives. Since Frank’s passing, many successful executives have offered tributes thanking Frank for the impact he had on their lives.  The careers of many of the members of Restoration’s board of directors were influenced by his accomplishments; I humbly join the chorus. Like Frank, I was born in Bedford-Stuyvesant and raised by immigrants from Barbados. When Frank served as CEO of Restoration, I was a high school student athlete. Frank’s still-unfolding career opened my eyes to what might be possible for me, especially his story as an outstanding student athlete who had become a successful lawyer and returned to Bed-Stuy.  As an All-Ivy, University of Pennsylvania sprinter and Georgetown Law graduate, I followed a similar but less stellar path to serve as CEO of Restoration.

It has been an honor for me to lead an organization that Frank helped to create and to form a relationship with him. He willingly made himself available to me for advice and counsel on a range of professional and personal issues. He also quietly bolstered my tenure by guiding financial and human resources to Restoration. I will forever be grateful to him for being a role model and offering me ongoing encouragement and support. In 2017, on the occasion of Restoration’s 50th anniversary, Restoration’s board of directors inaugurated the Franklin A. Thomas Pioneering Leadership Award. This annual recognition is intended to institutionalize Frank’s story in Restoration’s history and offer Frank as a role model for a new generation of leaders.

Finally, Frank was a beloved leader. For many years, I have witnessed Frank’s friends, co-workers and protégées express impassioned gratitude, loyalty and reverence toward him. For example, the bond that developed between Frank and former Councilman and Assemblyman Al Vann as teammates in high school remained undiminished despite the passage of seven decades. Ben Glascoe, who stayed in touch with Frank since working with him at Restoration, recently declared, “there’s been no one better than Frank.” Countless other people, most of whom I don’t know, share Ben’s heartfelt declaration. Few people will ever match Frank’s lengthy stride; yet we can all aspire to offer a helping hand, wise counsel, and a gentle touch as he did.