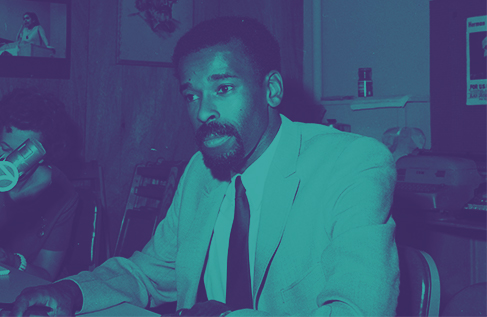 Bedford Stuyvesant Restoration Corporation mourns the loss of the Honorable Al Vann, former New York Assemblyman, and former New York City Councilman for the 36th District who passed away on July 15, 2022.  Al Vann was a beloved founding member of Restoration’s board of directors and Brooklynite who mentored younger generations of up-and-coming leaders in New York politics and within the grassroots community.

Our 50-year relationship with Al began during his tenure on our board and extended into his work as a state Assemblyman (1975-2001) and NYC Councilman (2002-2013), having retired due to expired term limits.

His legacy and achievements will forever be tethered to Restoration’s mission to improve the lives of Black people who are locked out of opportunities to build wealth through unfair lending practices, employment, and other discriminatory policies.  He founded and led the African American Teachers Association and argued successfully for the diversification of educators that resulted in the recruitment of more black teachers in marginalized Brooklyn schools and was co-founder of CUNY’s Medgar Evers College.

Al Vann was the ultimate hometown hero.  Before launching his political career, he rose to the rank of sergeant in the United States Marine Corps and later earned his bachelor’s and master’s degree in education, taught in New York City public schools, and became  an administrator.

Throughout his service in the New York City Council serving on the education, economic development, finance, health, land use, rules, privileges, and election committees, he always kept Restoration top of mind and remained a confidant and friend to our past presidents and chief executive officers.  And much of the progress we have made and sustained over the decades wouldn’t have been possible if not for stalwart advocates like Al Vann.

We celebrate his legacy as a civil rights advocate, legend, American hero, and stellar community organizer dedicated to justice and extend our deepest condolences to his family and friends.